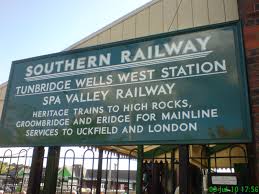 Tunbridge Wells West station is the headquarters of the Spa Valley Railway; the engine shed was built in 1886 and is a unique survivor from the age of steam. It’s the only one left from the many which used to exist in the south of England still performing its original purpose!

We are the railway with “A DESTINATION AT EVERY STATION!”

The line goes from Tunbridge Wells West Station through High Rocks where the memorial is situated. 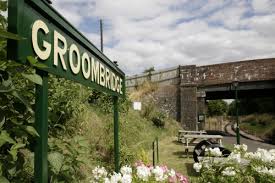 Onto Groombridge where passengers can alight to explore Groombridge Place & The Enchanted Forest. 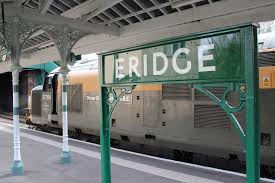 Then finally the end of the line Eridge station which links up to the main line to London.

The train was a popular mode of transport and allowed many, for the first time, to explore other towns and cities. Tunbridge Wells had two stations built by rival companies; Tunbridge Wells Central, opened in 1845 by the South Eastern Railway, which is now the sole mainline station, and Tunbridge Wells West, which was opened by the London Brighton & South Coast Railway in 1866. The latter is now the headquarters of today’s Spa Valley Railway.

Gradually lines began to close all around with the Eridge to Hailsham branch (the Cuckoo Line) in 1965, East Grinstead to Groombridge in 1967, and then Uckfield to Lewes in 1969. Unfortunately as the popularity of the motor-car increased, train services were severely cut back due to the lack of patronage and the Tunbridge Wells to Eridge section closed on 6th July 1985. 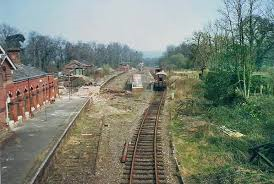 Following closure and a hastily-convened meeting in Groombridge village hall, a charitable society was quickly established to fight for the reopening of the Tunbridge Wells to Eridge line.

In 1994, with a generous loan from Tunbridge Wells Borough Council, the society acquired the line and by winter 1996 they were running trains on 1/2 a mile of track towards Groombridge, hauled by RSH 0-6-0T “North Downs”.

After an amazing effort by members, the line was again opened through to Groombridge in August 1997, which took the total length up to three and a half miles. News spread about the route and passenger numbers rose.

The owner of the High Rocks Inn built a station at High Rocks, half way between Tunbridge Wells and Groombridge which opened in August 1998.

2004 saw the railway’s first resident ex-mainline steam engine return to service in 2005, the railway celebrated the 20 years since the closure of the railway by British Railways.

Since the extension opened the Spa Valley Railway has seen a number of major changes, we have launched our now very popular High Weald Belle Dining trains, commissioned phase 1 of the signalling scheme at Groombridge which allows us to pass trains under the control of our newly built Signal Box, revamped some major events which has helped boost visitor numbers and we also commemorated 30 years of the lines closure by bringing two ‘Thumpers’ together for the very first time in preservation! 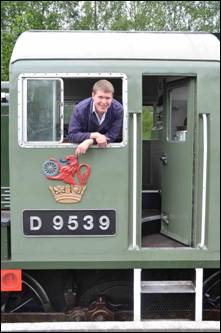 This success story would not have happened without the determination and selflessness from members so what does the future hold? The Spa Valley Railway is run entirely by volunteer members from the station staff to the engine drivers and we are always looking out for more people to join the ranks. Why not join us and be a part of it all?