A day in the life of a Technical Manager is not all glamour and rubbing shoulders with the rich and famous.

Before the orchestra strikes and the curtain goes up, there is a dedicated team of hard working techies whose job it is to unload the trucks, rig the lights, set the sound and build the scenery. 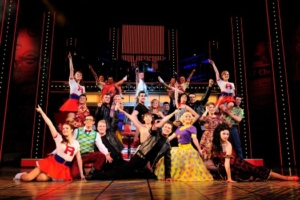 As the Technical Manager at the Assembly Hall Theatre in Tunbridge Wells it is my responsibility to liaise with the touring shows’ Production Manager. This usually takes place up to three months prior to the show playing at the theatre. Between us we discuss the logistics of putting their show on the Assembly Hall stage. Whilst we’re not the smallest theatre on the touring circuit, it is certainly not the biggest and it’s fair to say some shows are a tight squeeze.

Over the years the size and quality of shows we deliver has been pushed to the limits, giving Tunbridge Wells’ theatre goers a West End production on their doorstep. This increasing size and complexity is a professional challenge that both my team and I relish.

For example when we had Grease in 2012 we had to ask our neighbours Kent Police, if we could store the Greased Lightning car in their yard. When required it was then driven through large double doors down a ramp and onto stage – all within speed limit! 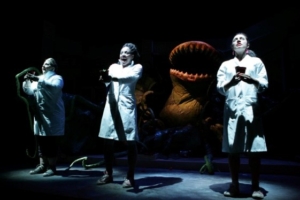 In Little Shop of Horrors we had to adapt the giant plant puppets (Audrey II) so when they were not in use, they could be lifted (flown) into the storage area above the stage, called the Fly Tower. At any one time we can have up to seven tons of scenery, sound equipment and lights hanging above an actor out of sight of the audience!

When not working on show preparation, my time is taken up preparing crew rotas, reviewing risk assessments and theatre maintenance. 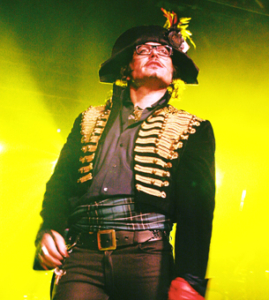 Then of course there is the other part of the job, working with the rich and famous… I’ve had the pleasure of working with the likes of Michael McIntyre, Lee Evans, Lulu, Bob Geldof, Brian May, Adam Ant, Gregory Porter, Jimmy Carr, The Chuckle Brothers, the list of course could go on. 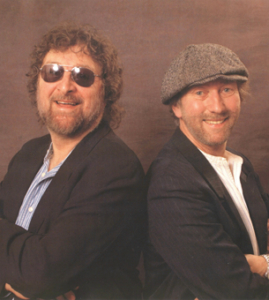 I’ve had some funny experiences over the years – such as sitting on stage with Ken Dodd at 2am in the morning, driving Lenny Henry to the gym in my Ford Mk2 escort and also collecting The Chippendales from their hotel!

Last year I had the pleasure of working with the late great Terry Wogan, who was an absolute gentleman and next year my personal favourites Chas & Dave are back!

There are so many tales I could tell, but of course what happens backstage stays backstage!

Thanks to Mikey from the back stage team at The Assembly Hall Theatre in Tunbridge Wells.  To find out what he is working on see the What’s On listings.