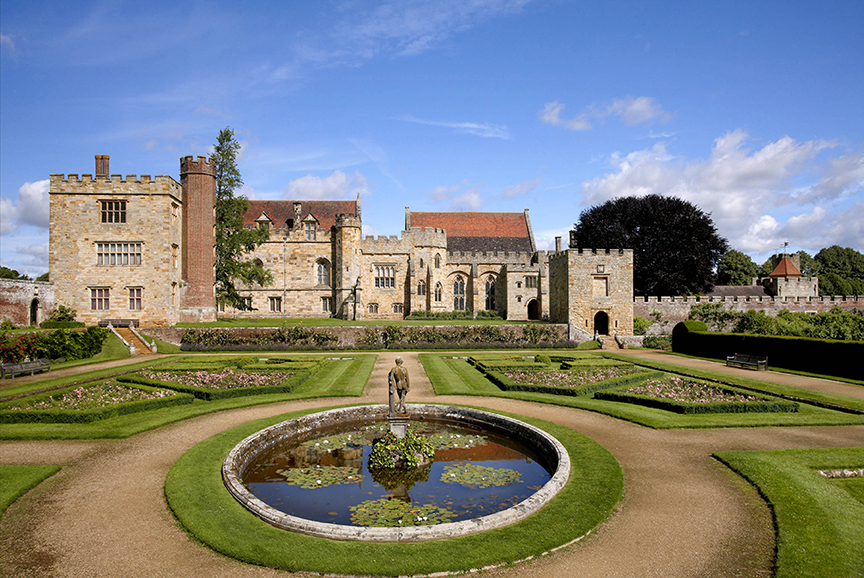 Set in the beautiful Weald of Kent, Penshurst Place & Gardens and the surrounding estate have stood in the beautiful historic village of Penshurst since the 14th century, when the awe-inspiring medieval Baron’s Hall was built. The Hall, crowned by an original 60ft high chestnut beamed ceiling, is just one of many unmissable sights for visitors to the ancestral home of the Sidney family.

Surrounding the main house lies 11 acres of individual garden ‘rooms’ each featuring their own style and planting schemes to wow visitors throughout the seasons, including12,500 Jewel of Spring tulips in the Italian Garden and a 100metre long pink peony border.

In the early 16th century, Penshurst Place and the surrounding game-rich estate were used as a hunting lodge for King Henry VIII, since then many film and tv productions have been filmed at the house to bring his ownership to life, including The Other Boleyn Girl and Wolf Hall. It is alluded that the King used the estate to court Anne Boleyn from her nearby family home of Hever Castle.

The house was gifted to the Sidney Family in 1552 by King Henry VIII’s son, Edward VI and it has remained in their safe hands ever since. Welcoming visitors daily from the beginning of April until the end of October, Penshurst Place benefits from an annual calendar of events, as well as a large adventure playground, a woodland trail, den-making areas, toy museum and craft barn.

Available for weddings, celebrations, corporate events and team-building with activities like quadbiking  and segway rides too!

The wider estate is free to enter and wander around all year.

With free parking available next door we offer services for ladies, gentlemen and children.