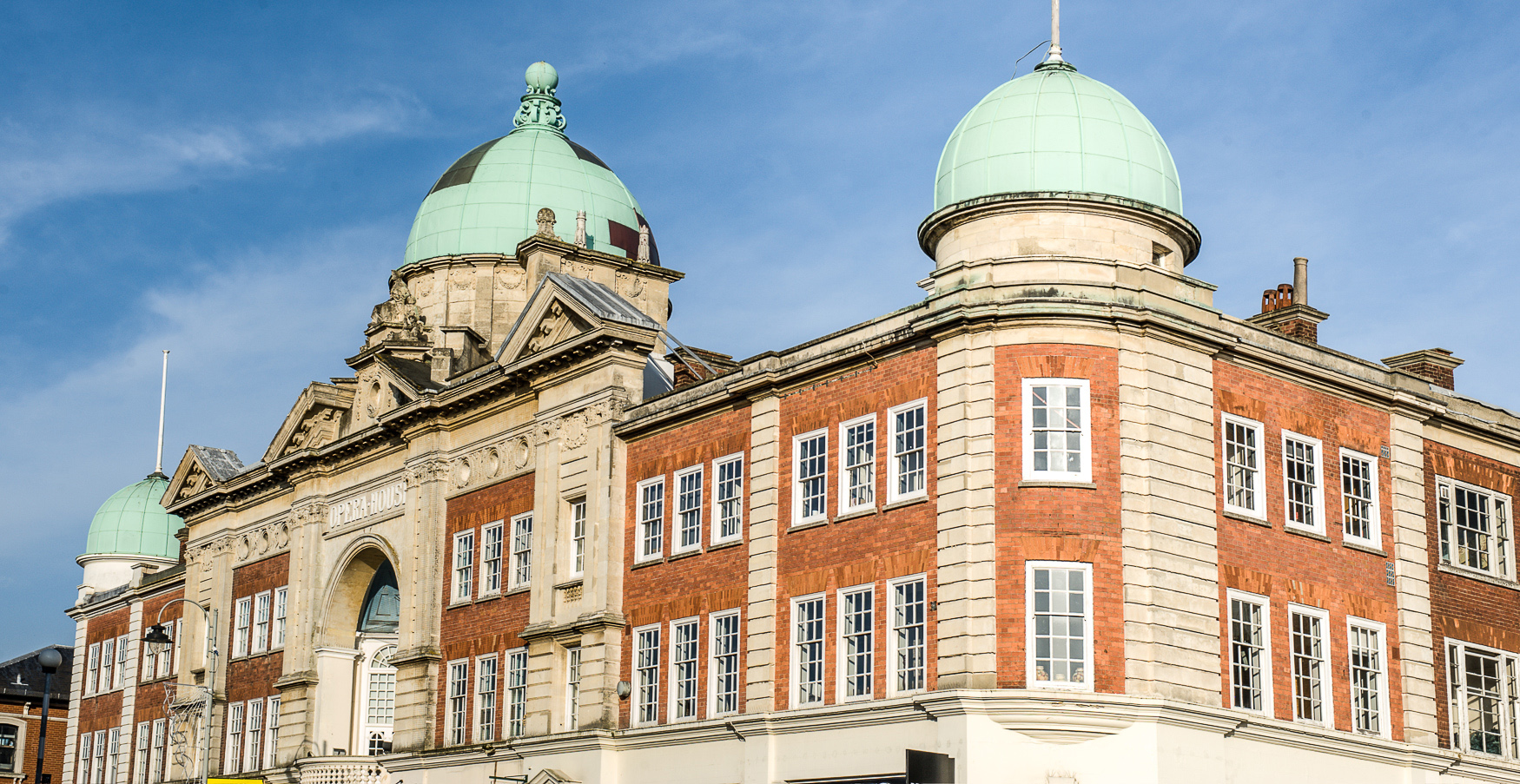 Wetherspoons are known for taking over large historically interesting buildings and turning them into their well known pub brand.

Today it remains bedecked in rich Baroque styling, gold plaster flourishes and swirls as well as red velvet featuring the original Edwardian theatrical signage and rectangular panels on the domed ceiling high above.

From the outside the three green (originally copper) domes sail above The Opera House and can be seen from afar thus pinpointing the 'top end' of the Royal town.  The external architecture is of interest relishing in its palatial neo-Georgian image and intricate carvings, figurines, and glorious balcony under an arch of its own.

In its hey day, lavish operas such as those written by Wagner, Puccini, and Gilbert and Sullivan were performed.

This iconic building became a pub in 2006 and is a stalwart of the Heritage of Tunbridge Wells. Guided tours are available every year during the Heritage Open Day season each September when you can discover more about its history.

We are lucky enough to host operas on occasion. In recent times we have had visits from The Merry Opera Company who have staged La Traviata, The Magic Flute and the Barber of Seville amongst others.

Keep an eye out on the events listings for the next exciting opera to be held here.

Visit anytime for a peek, a drink and a meal.

Typical British food is served such as fish and chips, chicken salad, pies and desserts.

Member since 12 months ago
View Profile
Go to Top