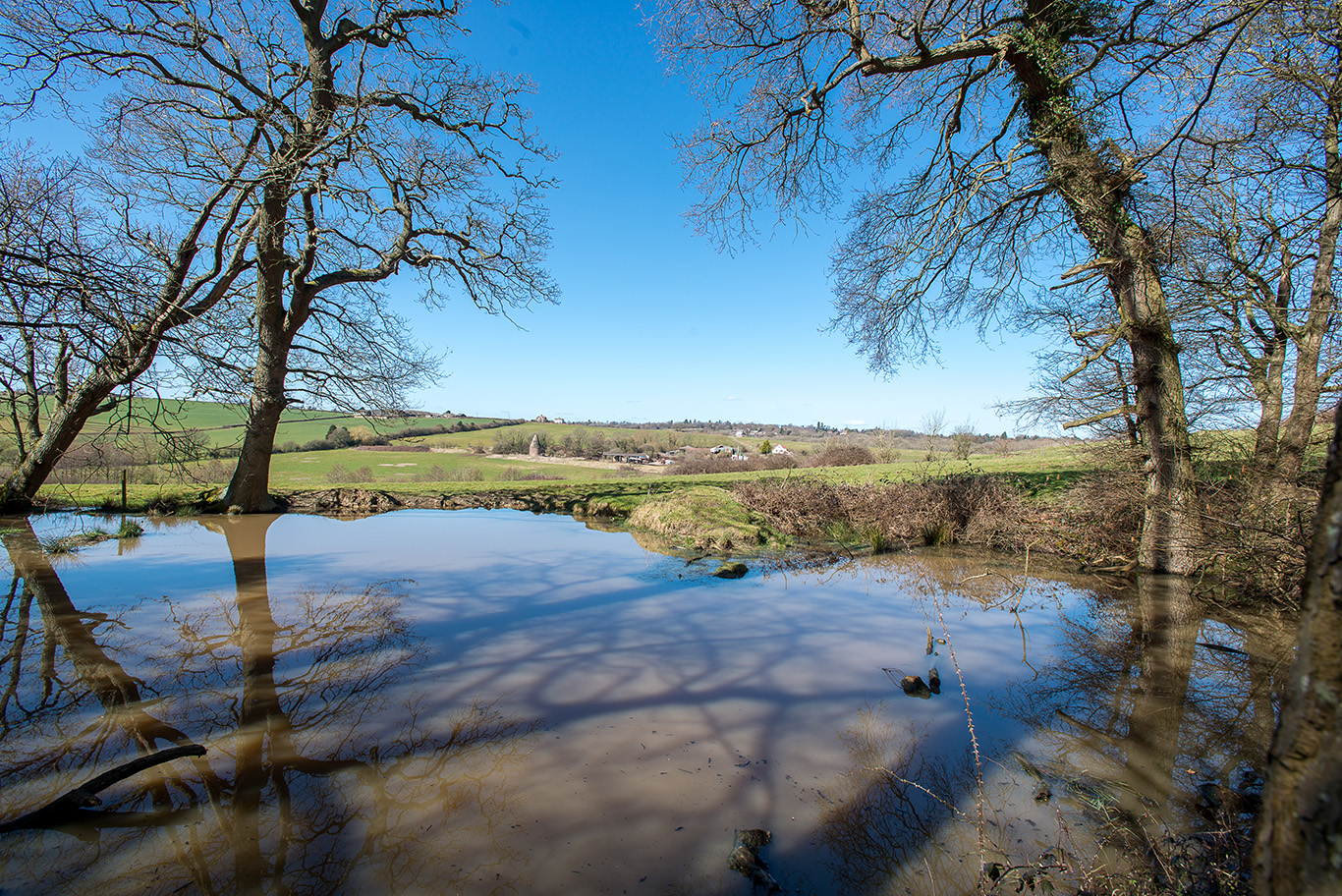 The Tunbridge Wells Circular Walk is a 27.5 mile (44.3km) route that explores the variety of fertile and beautiful countryside around Royal Tunbridge Wells, a town within the High Weald Area of Outstanding Natural Beauty on the borders of Kent and East Sussex.

The walk starts and finishes wherever you like. To illustrate you could start at Southborough Common, passing through a number of picturesque villages in the Tunbridge Wells area: Southborough, Pembury, Frant, Groombridge and Speldhurst. The route is of interest for natural history, archaeological, historical and architectural features.

Walk past vineyards planted in 1884 and saunter through orchards growing apples, pears, plums and cherries.

Notable attractions along the way include:

All Saints’ Church, Tudeley is a fascinating building dating back to the 11th century which is listed in the Domesday Book. The stain glass windows also hold great significance, having been designed by Franco-Russian artist Mark Chagall, who was described as "the quintessential Jewish artist of the twentieth century" by art critic Robert Hughes.

In Snipe Wood lies the site of Keyes Mill, a water mill that was painted by the globally acclaimed artist J.M.W Turner on two occasions in 1795 and 1796.

Harrison's Rocks is a spot frequented by serious climbers being the largest of the cluster of local southern sandstone outcrops. The site has been visited by tourists since the 18th century and still remains popular.

Groombridge Place and Gardens is another gem along the Circular Walk. The Manor House has an intriguing history, whilst the formal Gardens are beautiful to walk through.

Tunbridge Wells Common is a few minutes walk from the town centre and famous for sandstone outcrops known as Wellington Rocks. It is a wonderful space to relax and observe the world, or you could finish your walk with a picnic in a delightful spot.

Dunorlan Park is also a great stop receiving a steady stream of visitors thanks to its beauty and serenity. The Park is Grade II listed as part of it was landscaped in the 1860s by distinguished Victorian gardener, Richard Marnock. Marnock was commissioned by Henry Reed, a local millionaire owning 78 acres of garden that now make up the Park.

The Park is also the proud owner of a Green Flag Award (since 2006) making it “a welcoming green space, healthy, safe” and “managed in an environmentally sensitive and sustainable way”.

If 27.5 miles is too strenuous, the route can be divided up into four waymarked circular link routes: Southborough Circular - 8.5miles, Pembury Circular - 13miles, Sussex Circular  - 15miles and Speldhurst Circular - 10miles. Each trail starts in the middle of the royal town within reach of local bus services and the railway station.

Leaflets containing maps and directions for each of these trails can be downloaded or obtained from the Tourist Information Centre.

Underground Gym Tunbridge Wells opened in 2018, and is known as the largest free weights gym in the area.

The Poacher and Partridge