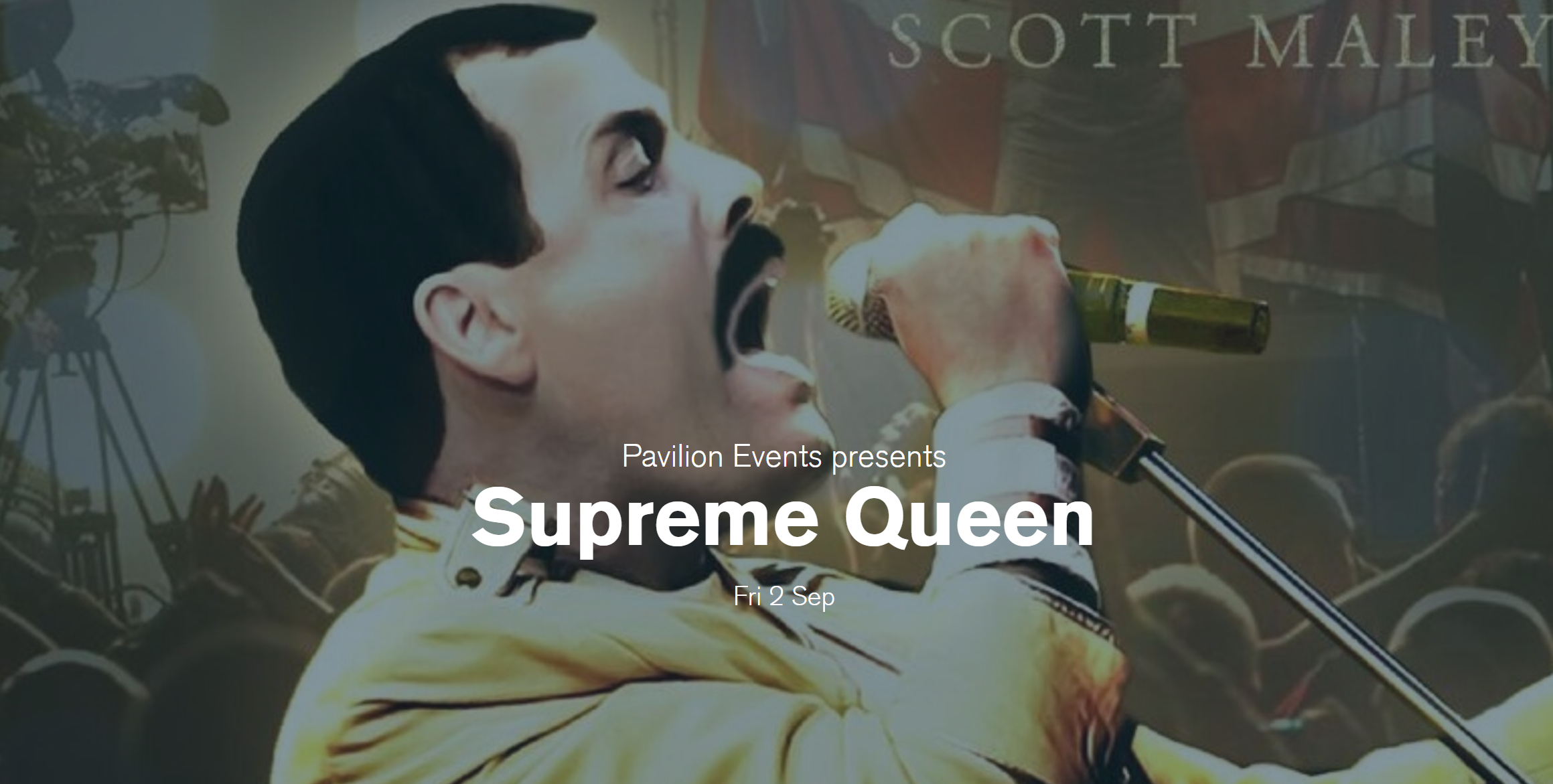 Now one of the most recognisable Tribute bands in the world, SUPREME QUEEN continue to take things to a whole different level, with their homage to the halcyon days of one of the planet’s greatest ever rock bands.

Since their formation in the nineties, SUPREME QUEEN have played to hundreds of thousands of Queen fans across the world, headlining at major events including St. Tropez’s International Queen Convention, where they played to 10,000 people.

Scott Maley’s incredible vocal and visual resemblance to Freddie Mercury, fronting this remarkable band of musicians has seen SUPREME QUEEN become one of the most respected bands of their genre anywhere on earth.

Closely following the ethos of the original band, they have always strived to create the Original Queen Live Experience.

Now a part of the Brian Shaw stable, that brings you ground breaking Arena events such as The Elvis World Tour, we enter a new era for SUPREME QUEEN. As musically brilliant as ever, the new presentation benefits from stunning production values, plus sound and lighting effects designed to transport the audience to the halcyon days of their heroes.

Simply, a stage show designed to provide the most memorable of evenings for Queen’s millions of fans worldwide.