History of the Town

Visitors have been coming to Royal Tunbridge Wells since the discovery of the Chalybeate Spring in 1606. Over the subsequent years  the town grew in popularity and gained its reputation as the place to see and be seen. 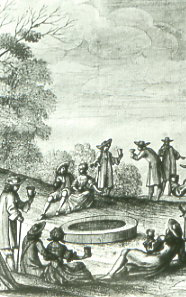 In 1684 the widow of Viscount Purbeck, Margaret, whose love of fashion and dancing had gained her the nickname of “The Princess of Babylon”, provided the land on Mount Sion for the earliest lodging houses and the ground at the northern end of the Pantiles, where the Church of King Charles the Martyr was built.

Visitors who had come to “take the waters” required a place for worship and generously donated a substantial amount of money so that a church could be built.

Sir Christopher Wren sent his chief plasterer Henry Doogood to create its magnificent ceiling. It was here that Princess Victoria attended church services with her mother, the Duchess of Kent.

The Wells became a favourite destination for fashionable society who needed accommodation and wanted places of entertainment such as coffee houses, gaming-rooms and an assembly room for dances and balls. And so the town began to spread.

The Grove is the oldest park in Tunbridge Wells. In 1703 it was given to the towns-people to provide “a shady place or walk” and seclusion from the hustle and bustle of the town.

A deed of endowment was drawn up to ensure that the trees in the Grove were protected. To this day The Grove continues to provide a haven of tranquility for local residents and visitors.

The town became increasingly popular with people seeking the enjoyment of retirement and began to attract an influx of permanent residents. 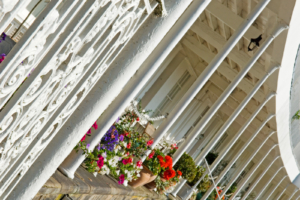 The cost of living was cheaper than in London but it was possible to get to London as stage coaches ran a reliable service from Tunbridge Wells to London with the journey only taking five hours!

The environment was a great asset to the town “romantic, rural, rugged with a vast variety of different views….”

The surrounding countryside was ideal for walks and rides and early guide books of the town described the country houses that could be visited in the area. High Rocks was a favourite attraction and a popular excursion.

Entertainment for residents and visitors took place on the Common including firework displays, cricket matches, archery and horse racing.

In 1750 Lady Coke wrote to her friend Mrs Eyre describing a typical day in Tunbridge Wells: “The outward amusements are cricketing, horse races and other diversions, such as walking, riding and airing in carriages.”

Residents petitioned for the abolition of the races in 1845 on the grounds “that they were a cause of drunkenness and riotous behaviour.” Once the race meetings were stopped, the race course was conserved as a footpath and bridle-way which can still be followed today.

Why is Royal Tunbridge Wells Royal?

In 1909 King Edward VII officially recognised the popularity of Tunbridge Wells with its many royal and aristocratic visitors – including his mother, Queen Victoria – over the centuries by granting the town its “Royal” prefix. 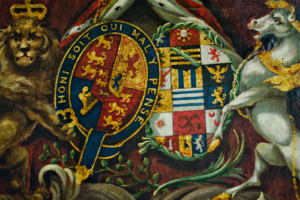 Today, Royal Tunbridge Wells, or Tunbridge Wells as it is more commonly called, remains a popular place to live and to visit as it maintains much of its original charm and elegance.

Surrounded by beautiful countryside and just a short distance from London it is an ideal destination for a short break.

Want to learn more about the colourful history of Royal Tunbridge Wells? Then why not take up the option of booking a Guided Walking Tour for a group.

Alternatively, you can listen to the tales of Tunbridge Wells on the audio app which is free.

With so much to discover why not stay for a few days?  Check our accommodation pages to find the perfect place to stay.