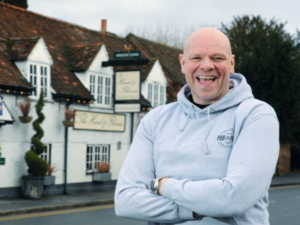 I am absolutely thrilled to have Tom Kerridge coming to Royal Tunbridge Wells for ‘Pub in the Park’ this July. It’s going to be a long summer weekend of food, drink and music…sounds perfect!

Excitement is building as Michelin-starred TV chef Tom Kerridge prepares to bring a bunch of celebrity friends, chefs and musicians to an amazing food and music festival in the picturesque Dunorlan Park in Royal Tunbridge Wells.

Tom’s ‘Pub in the Park’ three-day celebration will tingle the taste buds of thousands of locals and visitors over the weekend of July 6th – 8th, showcasing the best food and drink the county has to offer. 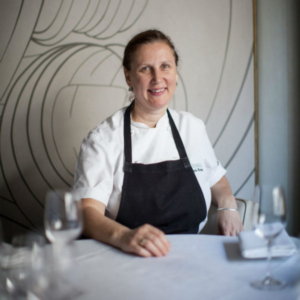 Top billing on the cooking demo stage will of course be Tom, whose gastro-pub in Marlow, Bucks, The Hand and Flowers, was the UK’s first pub to win two Michelin stars.

Candice Brown, the glamorous winner of the Great British Bake Off 2016, is another star booking who is sure to attract the baking fans.

Much loved Michelin-starred and TV regular Angela Hartnet, will also be sharing her culinary tips.

This impressive gastronomic line up is creating a buzz around the town. It’ll be great to watch chefs at the top of their game in the town, and hopefully they’ll share a few tricks of the trade. There’ll be cooking demos, sampling and we’ll be able to talk to the chefs; it’ll be a fantastic weekend. 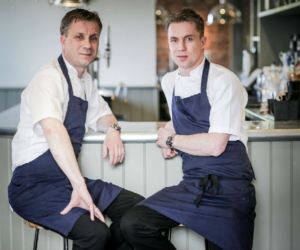 Many of the chefs appearing are old pals of Tom or have worked with him previously and run their own exciting, innovative kitchens producing extraordinary food.

The talented Tanner brothers, James and Chris who own The Kentish Hare gastro-pub in Bidborough, on the outskirts of Royal Tunbridge Wells have been booked for the main stage.

Pub in the Park will also feature Michelin-starred Stephen Harris from The Sportsman at Whitstable; Mark Sargeant, chef/proprietor at The Wife of Bath in Wye, near Canterbury and Rob Taylor from the Crundale-based award winning and Michelin-recommended The Compasses Inn.

Live Music at Pub in the Park, Tunbridge Wells 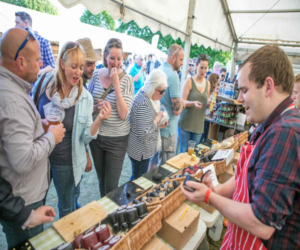 Chart topping singers and pop groups have also been booked for the evening with ex-Spice Girl Mel C, Scouting for Girls, Toploader and Razorlight all getting ready to rock. The ever-enthusiastic Tom says he is thrilled “to share the magic of Pub in the Park in such a beautiful place as Royal Tunbridge Wells. Expect great food, brilliant music and an ace day out”.

Tom is really putting Tunbridge Wells on the foodie map with Pub in the Park. I am very excited to be part of this festival. Food and music are a great match and Dunorlan Park is such a fabulous location. It’ll be a feast for the senses! 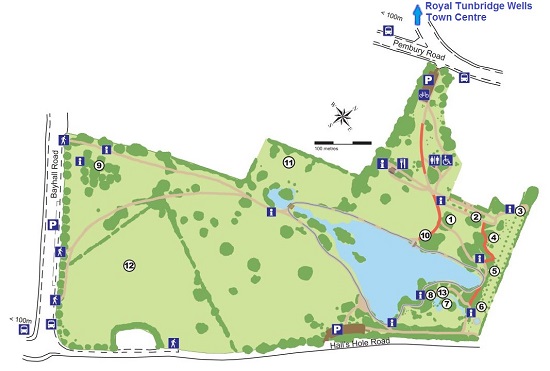 Parking for Pub in the Park

There is limited parking at Dunorlan Park already. The best advice is to park in Royal Tunbridge Wells town car parks and walk the lovely walk in or catch a bus.

You will either be able to park in the Royal town (Crescent Road Car Park and Great Hall Car Park are the nearest large car parks) and grab an Arriva bus to Dunorlan Park (number 6 or 277) or walk 15 – 20 minutes.  There wil be limited parking in the field next door to Dunorlan Park.

More details will be made available nearer the time.

Bruce McMichael owns The Lemon Grove which is based in Royal Tunbridge Wells, a food and drink company using citrus-flavours.