Tunbridge Wells lies at the heart of the High Weald Area of Outstanding Natural Beauty, which provides a home for many scarce and rare plants and animals.

This is because of its unique landscape, and also because of its long history of traditional farming and woodland management. The special climate, generally wetter than the rest of south-east England, supports species that are otherwise only found on the high ground of western and northern Britain.

The High Weald has the highest proportion of ancient woodland in the country. 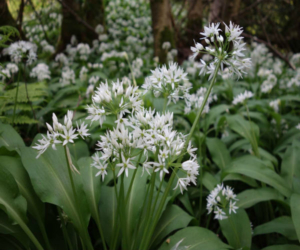 In spring the woods are characteristically carpeted with bluebells, along with a suite of other flowers like Wood Anemone, Wood Sorrel and Early Purple Orchid.  Ramsons, often known as wild garlic, grows in profusion beside the many small woodland streams.

The rare Coral-root, which reproduces by means of tiny bulbs growing up the flowering stem rather than by seeds, is another speciality of High Weald woods.

Woodland supports a wide variety of insect life, including the spectacular Purple Emperor butterfly, and birds like the Marsh Tit and Lesser-spotted Woodpecker. 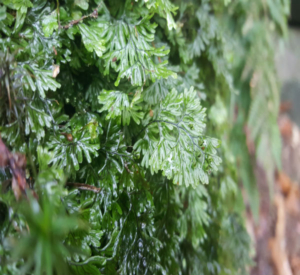 The distinctive sandstone outcrops of the High Weald, and the steep-sided woodland ravines known as gills, provide a moist sheltered habitat for a rich variety of flowerless plants – ferns, mosses and liverworts.

Many of these are more characteristic of Devon, Cornwall or Wales.  Most famous of these is the Tunbridge Filmy Fern, first discovered around High Rocks in the 1600s, long before it was found in remoter parts of Britain.

Wildlife of the Weald

Woodland streams are also breeding sites for the Beautiful Demoiselle damselfly, which lives up to its name with the male’s brilliant blue and the female’s golden wings.

Heathland, once used for informal grazing but not nutritious enough for modern breeds of sheep and cattle, is nowadays a scarce and declining habitat in south-east England.

The High Weald has many fine examples, including Ashdown Forest and several smaller enclaves around Tunbridge Wells and Pembury.

The dominant flowers here are the three species of heather, along with gorse and broom; and in damper spots there are rarities like the insect-trapping sundews and the bright yellow Bog Asphodel.

The special insects of heathland include the Silver-studded Blue butterfly, and the brilliantly coloured Green Tiger Beetle.  Long-tailed Tits make their elaborate lichen-covered nests in gorse bushes, and Nightjar, Wood Lark and Dartford Warbler can also be found. 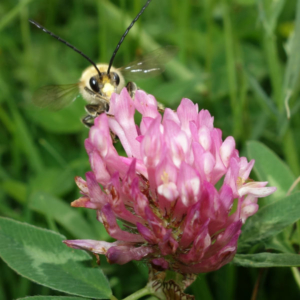 Many of the small meadows in the High Weald have fortunately escaped 20th century agricultural improvements, and so offer a rich diversity of wildflowers in contrast to the rye-grass monoculture so often seen in today’s countryside.

Among the specialities of these flower-rich grasslands are Common Spotted Orchid and in the spring the rarer Green-winged Orchid.

Grassland flowers provide nectar sources for a wide range of butterflies, bees and other pollinators, including many nationally scarce and rare species like the Grizzled Skipper and the Long-horned Bee.

Their foliage also provides the foodplants for the caterpillars of many kinds of butterflies and moths. Grasshoppers and crickets too are found in abundance.

With thanks to Dr. Ian Beavis at Tunbridge Wells Museum. Keep an eye out on the events listings for talks and walks by Dr Ian Beavis.