From Tim Brooke Taylor to Russell Howard, Tunbridge Wells has been referred to as “Disgusted”. If I am guiding a British group of visitors, I usually manage to refer to the phrase before one of the group does. Where did it all start and why? Cheltenham, Bath and other Spa towns have never suffered the same fate.

Legend has it that the term was first used in the early 1960’s, when a cub reporter on a now defunct local newspaper, devoid of interesting copy for the letters page, submitted two letters of complaints themselves, and signed them “Disgusted of Tunbridge Wells “.

Somehow the phrase was taken up by Private Eye and the BBC radio programme of the time ‘I’m Sorry I’ll Read that Again’ and the town was stereotyped in the public imagination. There are a couple of other possibilities for why the name stuck, but you will have to join me on a Guided Walk to hear these.

There have been a few occasions when the residents of Tunbridge Wells could be described as disgusted. One of the earliest known was in 1760, when a new clock was placed in the tower above the original chapel of Charles the Martyr, (near to thePantiles), and the oldest building in the town still in use. The clock was funded by a donation from the will of the Dowager Duchess of Bolton. All fine and well it seems, but the respectable citizens knew that the Duchess had started life as Lavinia Fenton, an actress at a time when the profession was considered to be on a level with prostitution. She captivated the Duke and was his mistress for twenty odd years before his first wife died and they married. Lavinia played the role of Polly in the original London production of John Gay’s Beggars Opera, so the clock was forever ‘ Polly Peacham’s Clock’, at the time with disdain.

The Suffragettes managed to disgust not only this town, but the most distinguished resident of neighbouring Crowborough when they set fire to the Neville Cricket Pavilion at the start of the 1913 season. Sir Arthur Conan Doyle described their action as ‘malicious monkey tricks’ and opposition to their cause increased in the area. The local leader of the Suffragettes, a splendid woman called Sarah Grand, went beyond setting alight the pillar boxes in the town when she hid two supporters under the stage of the Opera House, and they emerged during a performance brandishing banners and shouting slogans. Few of that night’s audience left the theatre smiling…

When walking by the Corn Exchange in the Lower Pantiles, a door on the wall by the steps to the upper level might catch the eye. In the late nineteenth century it was the entrance to a public urinal, which was another source of disgust to the good burghers, as many were appalled that the working man should be afforded this facility. I was told this tale at length by an older resident, so was very disappointed to see, when the door was left open one day that it was just a storage area for nearby businesses now. I had built it up in my mind as a magnificent temple in porcelain, on a similar line to the one in the Philharmonic pub in Liverpool! Seventy years later Tunbridge Wells played a role in the advent of Punk Rock – Sid Vicious spent his formative years here. I believe the band ‘ Another local punk band ‘The Anti-Nowhere League’, played its first gig in Royal Tunbridge Wells in 1980 and appeared at the Forum in recent years

I have a few more disgusted stories to relate on my Guided Walk, irreverently sub titled Sex, Drugs and Charles the Second. There is much in life at the moment to disgust, so I prefer another lesser-known mention of the town, from the 1962 film ‘ Lawrence of Arabia.’ Claude Rains, playing the character of Mr Dryden, when asked to comment on a difficult political question replies ‘On the whole, I wish I had stayed in Tunbridge Wells‘

Alison is a great storyteller and has given many tours around Royal Tunbridge Wells over the years. Her tours are engaging, and she always has a funny story up her sleeve making it a great tour for all groups and ages. If you’d like to make a group booking, please email Alison on bluebadgeguide.twells@gmail.com 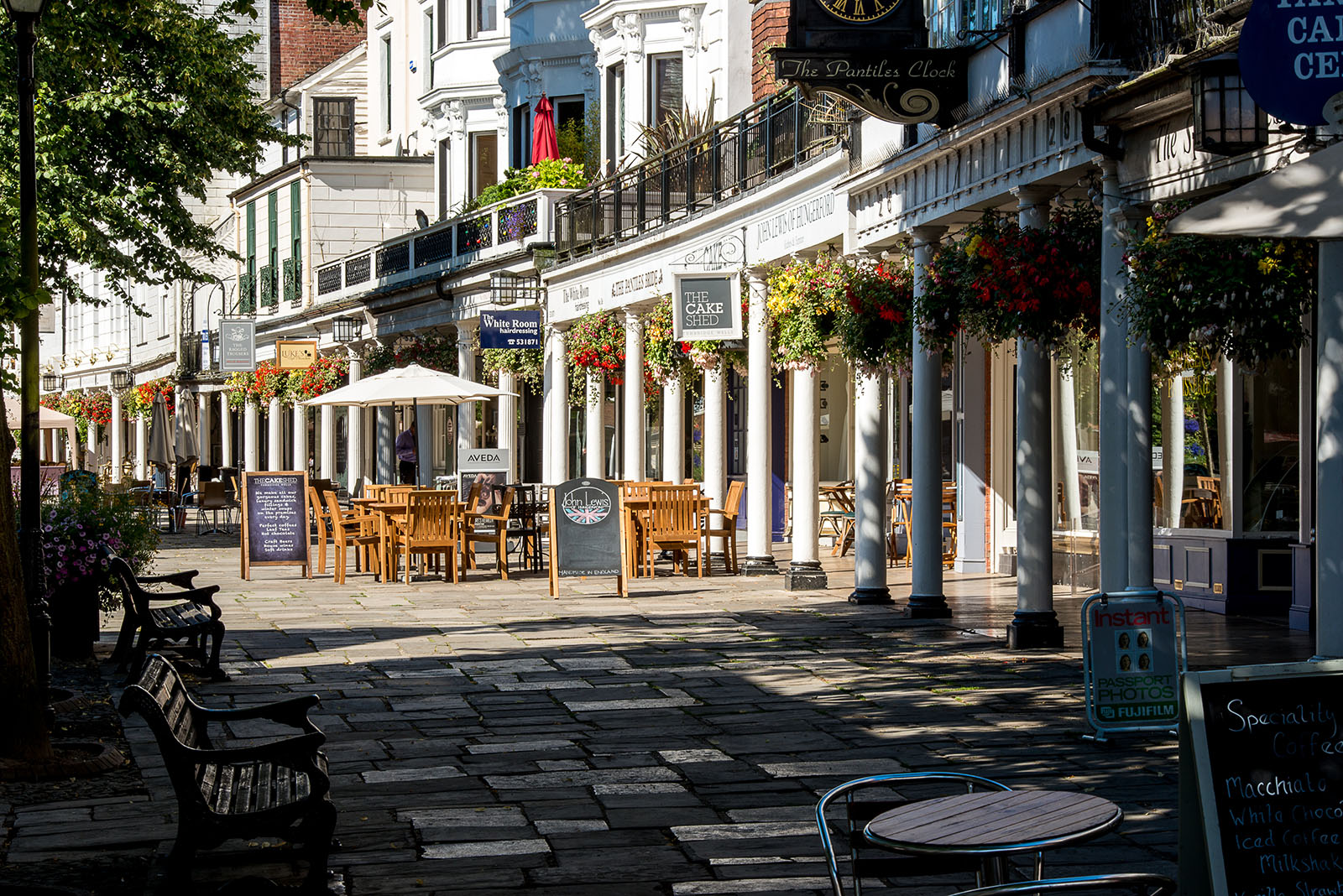 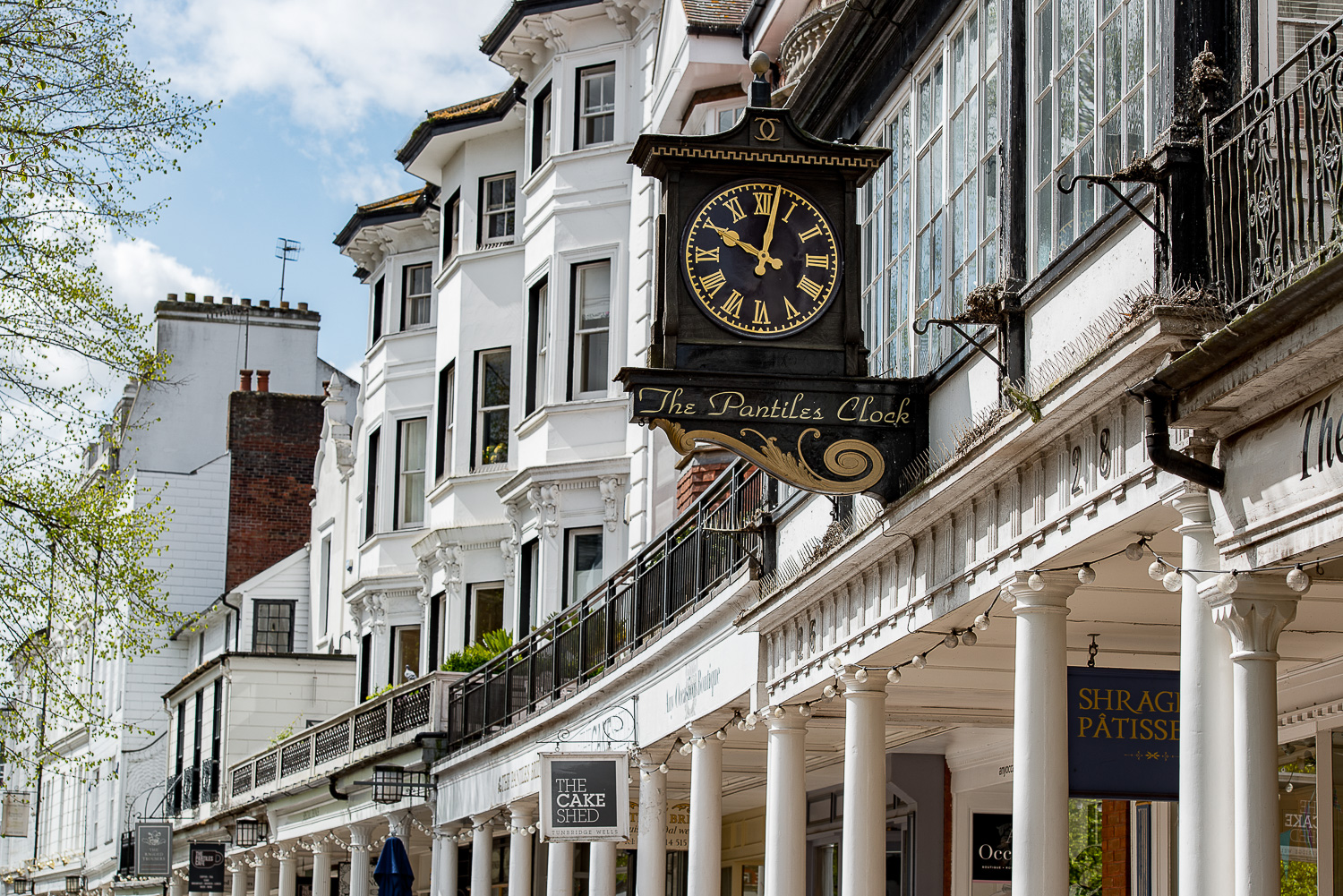